I was asked to write a mini story (a.k.a. ‘ficlet’) with the prompt word of “voice”, featuring the Saracen 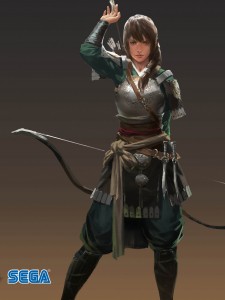 archer Siham from Shirewode. This was the result:

Category: Offerings of the Writing Kind | LEAVE A COMMENT

I’ve been meaning to put up extra scenes, bits of bits and shorts from the Wode books. Well, after spending several weeks beneath the influence of Plague (or the nasty not-go-away head cold bronchitis version of it), many things I intended to do have not been done. Like writing.  Or putting new goodies on the website.  (Thinking with some cogency and breathing freely have been compromised, too. )  :/

Anyway, intentions were to have this little Offering on its own shiny new page on the site… which is coming.  But not waiting any longer, so here’s a teeny thing for those who have expressed interest.  (And if you sign up for the mailing list here on Musings, you’ll receive notice direct to your mailbox, as well as other planned extras.)

This first Extra is from Greenwode; it’s a true ‘drabble’ in that it is neither an incomplete or excerpted scene–and is meant to tell its own mini-tale in a precise 100 words, no more or less.  These sorts of exercises are immense fun for me, challenging by the very nature of such strict limitations.  This is the beginning of a small series of assorted extras, and I hope you enjoy these bits as much as I enjoy doing them.
————————————–

Preen.  Ruffle.  Shudder.  Sharp profile lifting against motes of sun, then it dips, collects and stretches, sideswipes digits through ebon then across the tilt of clever-cruel jaw.  Head cocking sudden, eyes gleaming dark-bright: game spotted.  Then the crouch, the intensity of imagining the stoop, the quivering smoulder of tension: awaiting the loose.

Gamelyn is unassured whether his fascination centres upon the tiercel perched, trammelled wildfire upon his gloved fist–or the rangy, graceful melange of raptor and wolf treading beside him.

“Rob,”  he murmurs, and Rob, arrow on string, growls back,  “Shut t’bloody fuck up, Gamelyn; you’ll scare the game.”

Category: Offerings of the Writing Kind | LEAVE A COMMENT